How Do The World’s 5 Youngest Billionaires Spend Their Money?

It would be great to be a billionaire. It would be even better to be a billionaire before the age of 30. That's what these lucky people are – billionaires in their 20s. Three of these young billionaires have inherited their fortunes. Two made their billions in the tech industry. Either way, their wealth allows them to do some pretty spectacular things, like buy an island and then a private jet to get to that island.

Alexandra and Katharina Andresen
Net Worth: $1.2 billion each
The youngest billionaire in the world is still 22-year-old Alexandra Andresen. Alexandra and her 24-year-old sister Katharina, who inherited their fortunes, each have a net worth of $1.2 billion. In 2007, their father, Johan Andresen, transferred his shares of Ferd Holdings, Norway's biggest company, to his daughters. The Andresen family made a massive fortune in the tobacco industry. Alexandra and Katharina's great, great, great grandfather founded Norway's biggest cigarette company. That company was sold for $500 million in 2005 and the money was invested in hedge funds and real estate. Needless to say, those investments did very, very well.

Alexandra loves riding horses and does so competitively. She has at least four horses and takes care of them very well with plenty of vet appointments and grooming sessions. Alexandra takes her horses so seriously that she was a member of Norway's national dressage team. Alexandra also loves the outdoors, as you might expect someone who loves horses and riding too. She enjoys hiking, camping, and fishing. But don't let those middle class hobbies fool you, she is also very much the jetsetter, traveling in luxury to places like India, and sharing the snaps of her holidays on her Instagram account.

Katharina, on the other hand, prefers to spend her time and money staying up to date on the latest fashion trends and carrying extremely expensive designer handbags, like a $1,900 Louis Vuitton. Katharina is also a self-proclaimed "shoe-aholic" who favors limited edition Christian Louboutin shoes that sell for $640. An animal lover like her younger sister, Katharina's pride and joy is her pet bulldog Tycho. 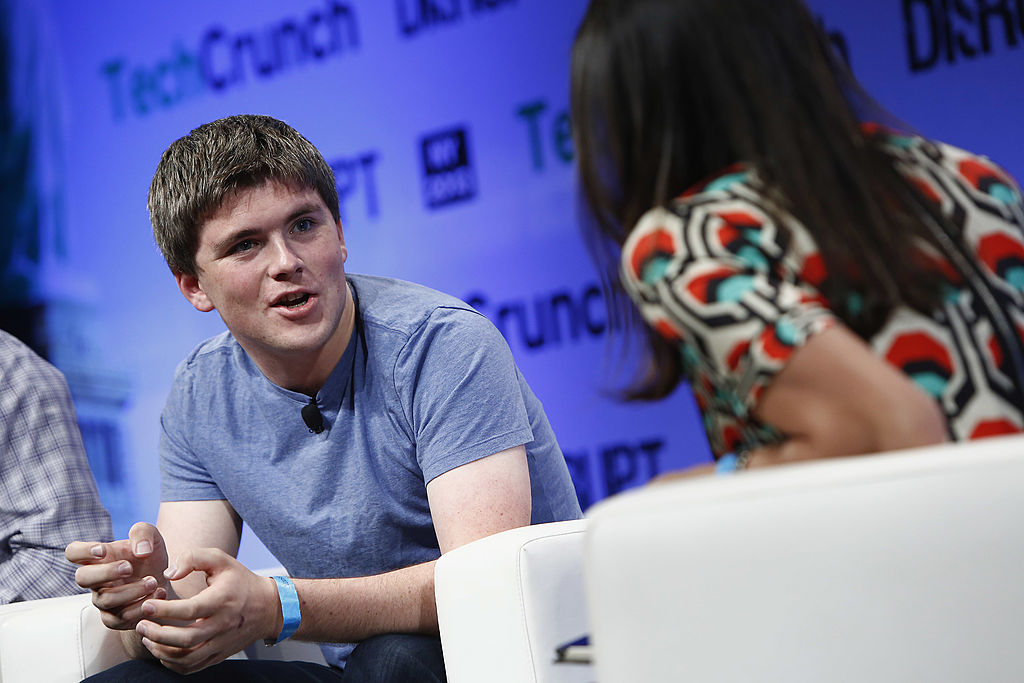 Gustav Magnar Witzøe
Net Worth: $3 billion
Gustav Magnar Witzøe, like the Andresen sisters, is from Norway. He is the third-youngest billionaire in the world at 26. Witzøe officially came into his wealth in 2013, when his father gifted him nearly half of the shares in his massively successful salmon company SalMar ASA, which is one of the biggest producers of salmon in the world. The gift made him the holder of the largest fortune in Norway, but for whatever reason, he tends to explore other avenues of personal expression outside of the salmon business. For instance, he's amassed a decent following on Instagram, where as of this writing, he has more than 105,000 followers, and a genuine professional modeling contract with Next Models Worldwide in his native Norway. This is in addition to numerous other business ventures, such as his investments in startups like Snapchat alternative Gobi, and Key Butler, marketed towards heavy-use Airbnb landlords.

Gustav is also really into fashion and specifically shoes. He is a frequent front row guest at Norwegian fashion shows. He also is a jetsetter fond of traveling and shares photos of his travels on his Instagram.

John Collison
Net Worth: $2.1 billion
Stripe co-founder John Collison is the fourth-youngest billionaire in the world at 28. He is just two months younger than Snapchat founder Evan Spiegel. He co-founded Stripe with his brother Patrick in 2008. The native of Ireland was an undergraduate at Harvard when Stripe started to take off so he dropped out to focus on the business. Now, besides building Stripe into the one of world's most popular mobile payment apps, he's got a bit of time to pursue his hobbies, which include flying across the Atlantic. He also runs and participates in 5K (3.1 miles) runs. He also loves to travel and shares his wealth when he takes the entire Stripe team along with him as he did when he hosted a pancake breakfast after a hike up Mt. Tamalpias.

Evan Spiegel
Net Worth: $2.5 billion
Snapchat co-founder Evan Spiegel, at 29, is the oldest of the five youngest billionaires in the world. In 2017, he received an $800 million bonus for taking Snap, Inc. public at a $33 billion valuation. Since then, Snap's shares have taken a hit but his personal life is thriving. He's married to model Miranda Kerr and the couple welcomed their first child together, a son named Hart in 2018. Like other young billionaires on this list, Spiegel is into fashion – especially considering he's a tech CEO. In October 2015, he was on the cover of Vogue Italy. While he still sports the t-shirt, jeans, and sneakers that are a staple of tech bros, his t-shirt is a $60 James Perse and his sneakers are $410 Common Projects sneakers. Spiegel is also a licensed helicopter pilot and enjoys arranging flowers.

Read more: How The World's 5 Youngest Billionaires Came By And Spend Their Money

Blueface net worth: Blueface is an American rapper and songwriter who has a net worth of $4 million. Blueface was born in Los Angeles, California in January 1977. In 2018 he became a viral internet meme after he released his music video "Respect My Crypn". He is known for his tattoo of Benjamin Franklin on the side of his face and his off-beat style rapping. Blueface signed with Cash Money West in 2018 which is the West Coast branch of rapper Birdman's Cash Money Records label. Blueface's debut mixtape Famous Cryp was released in 2018 which featured the single "Thotiana". The song reached #4 on the US R&B/Hip-Hop chart as well as #8 on the Billboard Hot 100, #9 in New Zealand, #12 in Canada, and #17 in the UK. Blueface released the mixtape Two Coccy in 2018. Blueface has collaborated with other artists including G-Eazy, French Montana, Lil Tjay, and NLE Choppa. In 2019 he was arrested for felon gun possession after being arrested for shooting at an occupied vehicle in 2018 after someone attempted to rob him at a gas station.

Paul McCartney’s money: his net worth

ABOUT US
A Pug is a popular little companion with a great personality. They are a true companion though they also can be stubborn. We believe it is the best dog in the world, so enjoy our site.
Contact us: [email protected]
FOLLOW US
© Newspaper WordPress Theme by TagDiv